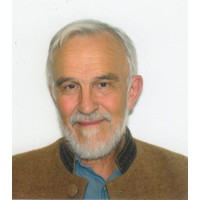 Note from the Editor

American elections have global consequences and global followings, yet only Americans can vote.  While some Iranians hoped for a Trump victory as they thought a second Trump Administration would lead to the end of the current regime in Iran, and some hoped that a Trump win would lead to greater isolation of the US and diminishment of its world power, polling and anecdotal evidence show that most Iranians hoped for a Biden victory which would lead to diplomatic solutions to regional problems and an end to the harsh sanctions on Iran.

Biden’s strong victory now seems accepted everywhere except the Oval Office, but will he be able to make good on his campaign promise to re-join the JCPOA?  Opponents of the nuclear deal will try to prevent a US return to compliance; however, reports and articles in this Advocacy Bulletin by the Atlantic Council, Trita Parsi, Barbara Slavin, Joe Cirincioni and others lay out steps that can and should be taken, starting now, to restore trust and build on a restored JCPOA to address broader regional concerns.