Resting in Shahmirzad's medan, which was designed by PCV James Durfey. 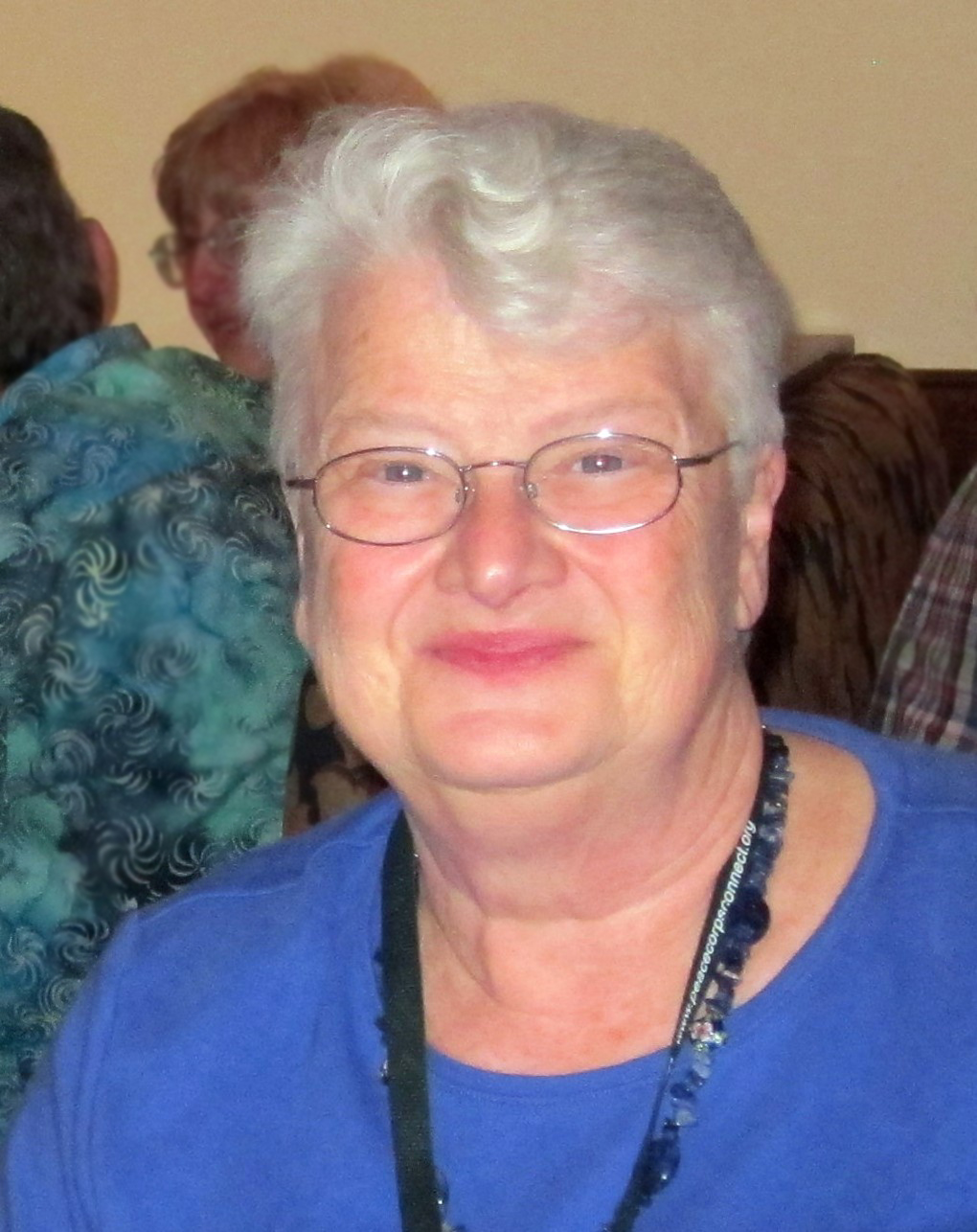 Marie Mitchell along with her husband Charlie, originally from western Kansas, were sent to Mahallat, in the central part of Iran after language training in Borujerd. Mahallat is about 30 kilometers northeast of Khomein. They taught English to first year Rahnamai students. After they earned Masters from the School for International Training in Brattleboro, Vermont, they returned to Iran and taught English for the Army-Air Corps in Esfahan. In 1978, the revolution and the death of their son forced them to leave. They taught at Wichita State before moving to Tempe, Arizona. Marie taught English as a Second Language at ASU from 1980 to 2013 except for 4 years in Riyadh, Saudi Arabia. ASU sent her to Kosova in 2002 and Baghdad, Iraq in 2010 for English teaching/training. Now they spend time volunteering at the Musical Instrument Museum, riding motor scooters, and travelling the world. 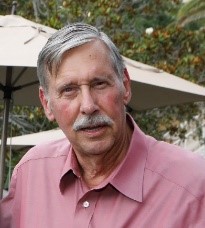 Ed Seiders trained with group 18 in Clearfield, UT, and served in Noshahr, on the Caspian Sea, in Mazandaran Ostan, from the end of 1967 to early 1970 in a municipal development program (mostly .engineers and architects). Ed graduated from Drexel University in 1966 with a degree in mechanical engineering, so after Peace Corps he went to work for Jovan Consulting Engineers, in Tehran, mostly working on oil field projects for NIOC. He spent six years with Jovan. He subsequently joined a U.S. engineering company and moved to Tehran when the company opened an office there. In Tehran he met his wife, Stella. The couple were living in Tehran it the time of the revolution. Over the years Ed's work has taken him to almost all countries in South America, Nigeria and Cameroon in Africa, Yemen in the Middle East and to Pakistan. 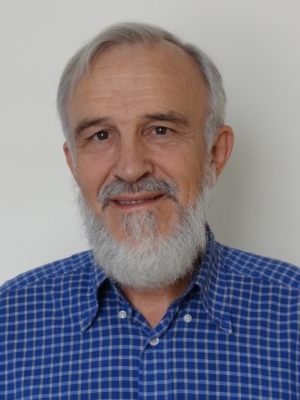 Paul Barker taught English in the Bidokht High School for two years and then at the Tribal HS in Shiraz for two years, and then worked as a Team Leader/Field Officer for the PC Iran TEFL program for one year. He met his wife, Nora, in Bahrain where she taught nursing as a PCV. After earning an MA in Islamic Studies at UCLA and a brief teaching experience in Portland, Oregon, he and Nora lived and worked in the greater Middle East and East Africa for 32 years, where they raised their 3 children. He retired from full-time work in 2014. Paul and Nora live in the forest west of Eugene, Oregon and travel quite a bit - with an emphasis on bicycle touring. 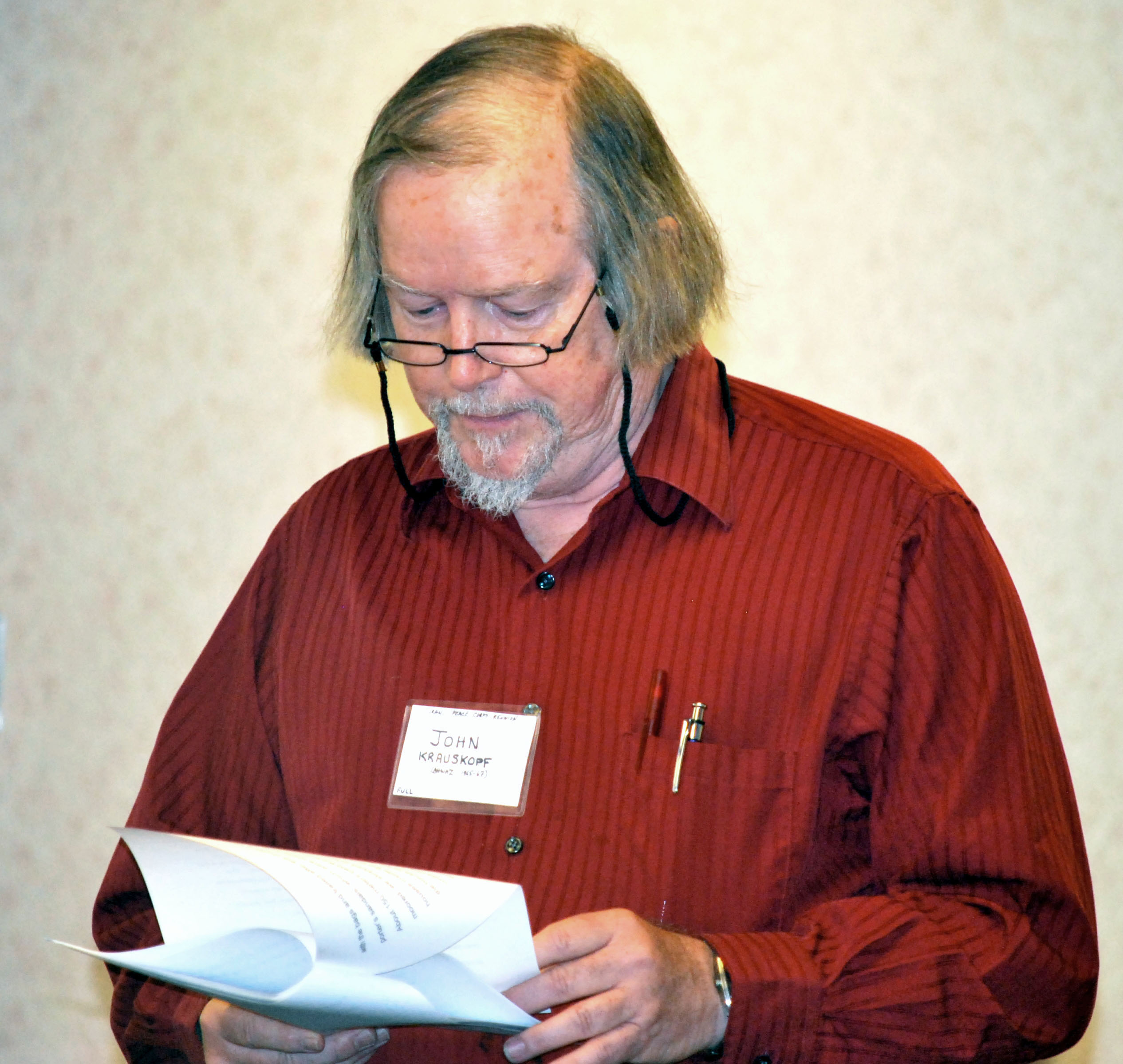 John Krauskopf, a Peace Corps volunteer in Iran from 1965 to 1967, taught English in the boys' secondary schools in Ahwaz. He also helped establish an adult English program for faculty and staff of the education ministry there. In 1968, he joined the staff of three Iran Peace Corps training projects conducted by the Experiment in International Living (EIL) in Vermont and Iran. After ten years of involvement with international students at EIL, Krauskopf spent more than two decades as the foreign student adviser and later the director of the English as a Second Language Institute in Millbrae, California. In 2014 he published his personal memoir, "Iran — Stories from the Peace Corps," a collection of Iranian cross-cultural anecdotes. In 2016 he served as a cultural interpreter on the first National Peace Corps Association "Next-step Travel" program to visit Iran. 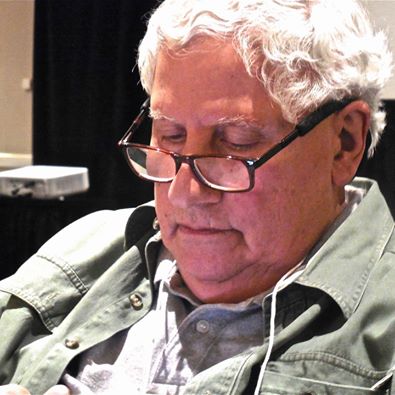 John Salamack began Peace Corps service in Iran in 1965, serving as an English teacher in Bojnoord, Khorassan, several hours travel from the provincial capital, Mashhad. After Iran, he worked for Peace Corps in Washington, DC for several years in the Office of Volunteer Support and then became the Peace Corps Training Director in Morocco and Yemen. Subsequently, he was Director of the Save the Children Federation in Yemen, Mozambique, Zimbabwe, Somalia, the Dominican Republic, Egypt and Italy. He now is Executive Director of a nonprofit organization he helped create, Clothes Helping Kids, Inc. based in Albuquerque, NM. 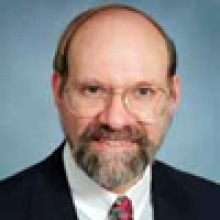 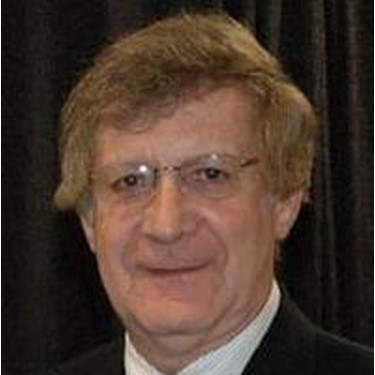 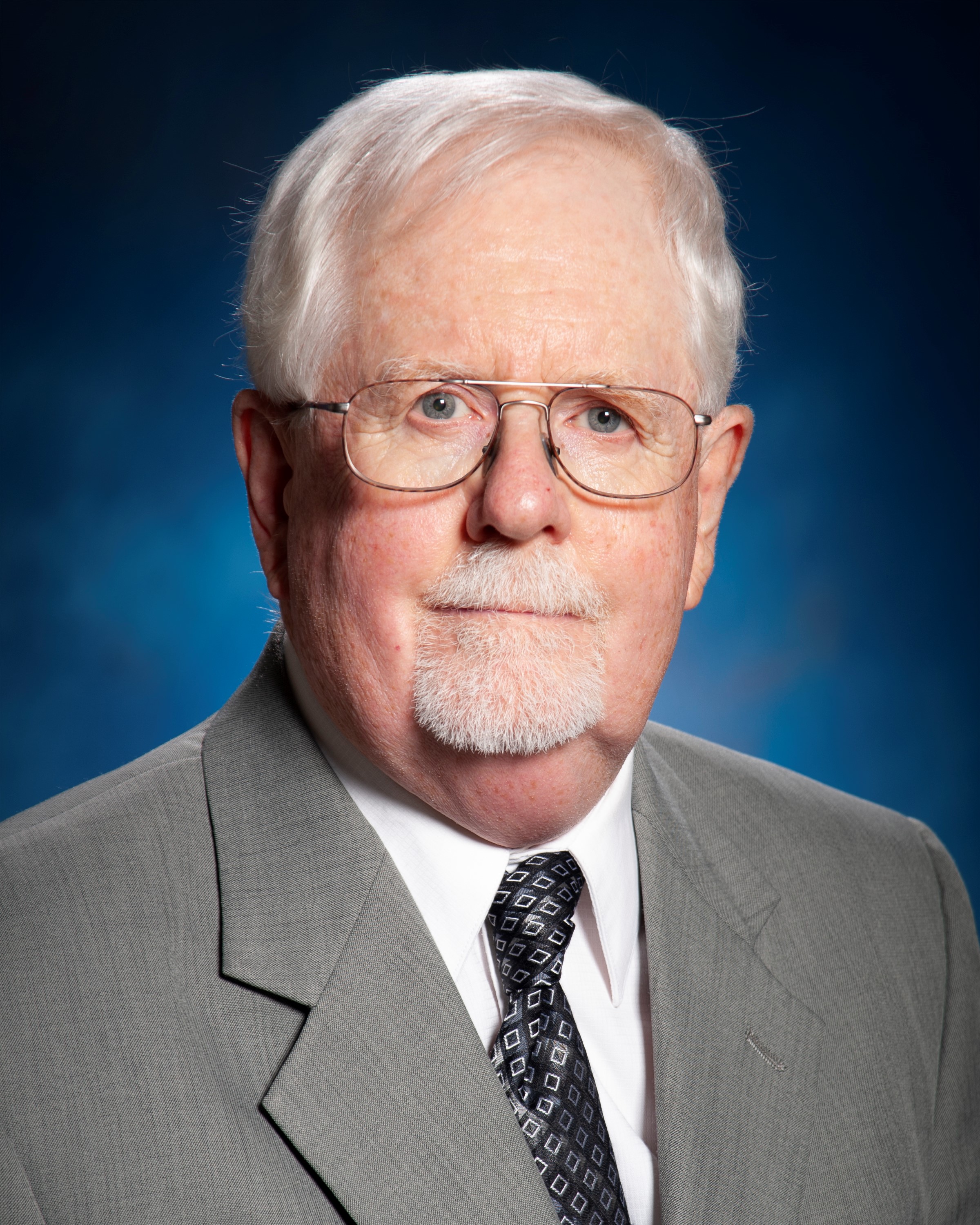 Kerry Segel served as a PCV in Khonsar Iran from 1969 to 1971, then taught at the University of Isfahan from 1971 to 1973 and Jundi Shapour University from 1975 through 1978, where he met his wife, Ezat. He completed an M.A. in Foreign Language Education (1975) and a Ph.D. in Education/Reading (1986). From 1986  until his retirement in 2021 he was a professor of English at Saginaw Valley State University, where he developed the ESL endorsement program. He also created and taught courses in Middle East literature in translation and was a founding member of the Golshan-e-Parsi literary society. His retirement plans include travel, volunteer work, and language study. He plans to translate Persian-language essays written by his mentor in Khonsar, Dr. M.H. Tasbihi . 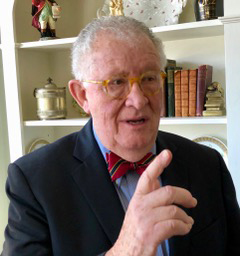 Fraser served from 1968 to 1970, the first year as a teacher at the University of Esfahan and developing programs for the Iran America Society. The second year he was posted at the School for International Law at the University of Tehran. Upon returning to the US, he worked for several years for the Peace Corps and its School Partnership Program. His subsequent career has been in publishing. For two decades Fraser and his wife Betty published  periodicals, magazines and reference works for mental health and addiction professionals. He spent a decade as owner of The Block Island Times. Fraser has served on a number of non-profit boards in education, publishing conservation, and behavioral health. He is a trustee emeritus of Brown University and lives with his wife in Providence, RI. He has three children and two grandchildren and spends lots of time gardening. 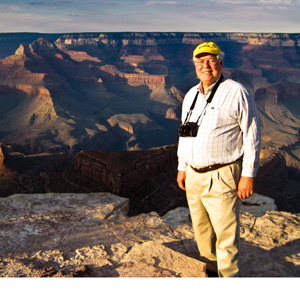 Doug served in the OMRAN rural development program in Semnan province in Semnan, Damghan, and Shahrud (1966-1967) where he worked on bath houses, schools, water supply systems, etc. After Peace Corps service, Doug began his career in education as an elementary teacher in such places as Chicago and Berlin before returning to Iowa. He served as an elementary school principal for 19 years finishing his career as Superintendent of Schools in southeastern Iowa. He traveled to Iran as a tourist in 2002 and again in 2014. A founding member of the Peace Corps Iran Association, Doug was PCIA treasurer until early 2019 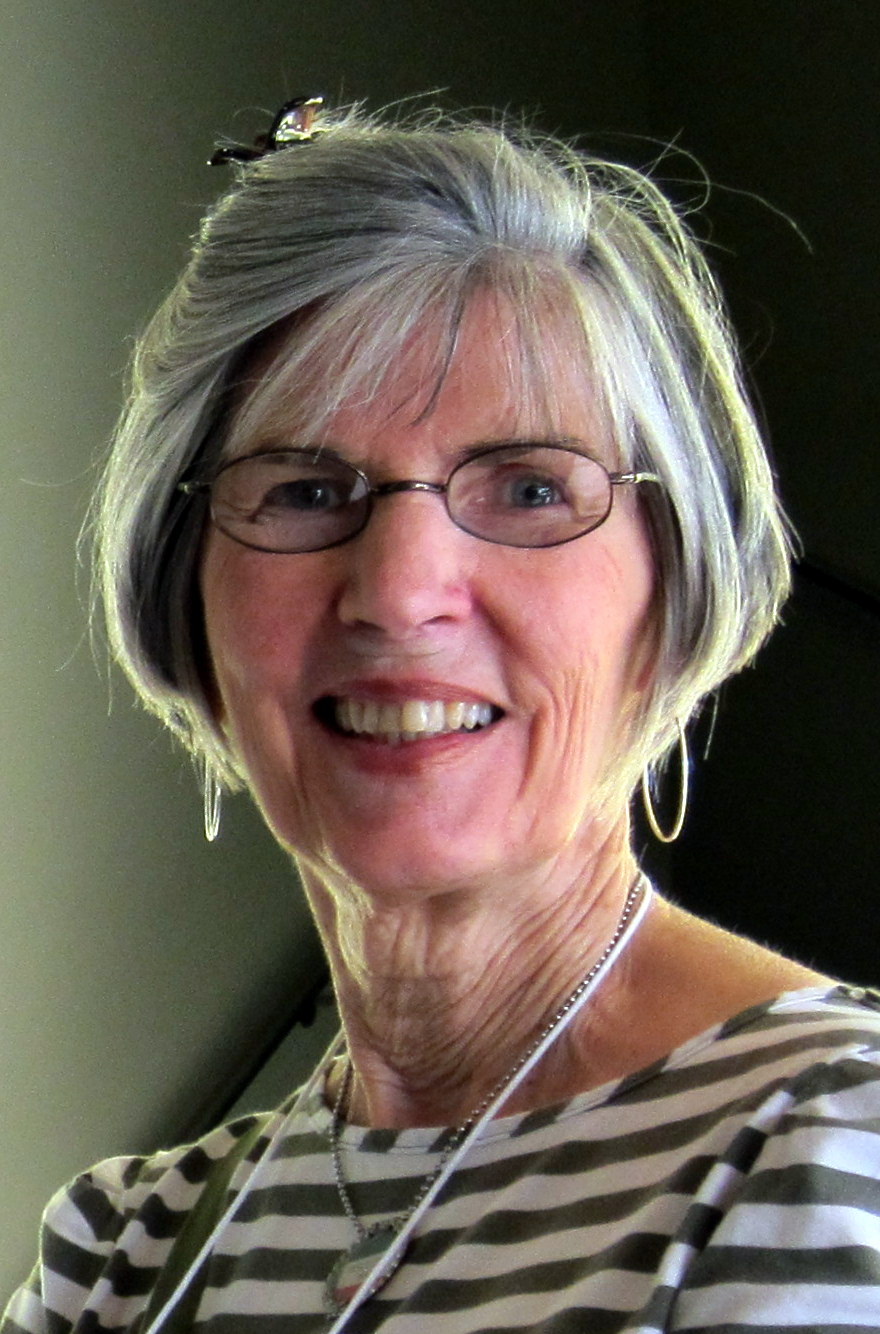 Genna spent two years as a volunteer secretary from 1965-67, the first year in the Tehran Peace Corps office and the second assigned to Shiraz with Jay Crook to set up and operate a southern regional Peace Corps office. In 1967, she and Roger Wangsness married, remaining in Iran for four years, their daughter Alison and son Christopher born in Tehran. After two years in Ithaca, NY, where son Brian was born, the family moved to Virginia, with Roger working at U.S. Housing and Urban Development in DC and Genna at Georgetown University where she was secretary/office manager in the office of the university president. In 1997, Genna and Roger moved to Folkston, Georgia, the "Entrance to Okefenokee Swamp," and opened a bed & breakfast. Retiring in 2006, they moved to DeLand, Florida. PCIA appointed Genna historian in 2012. 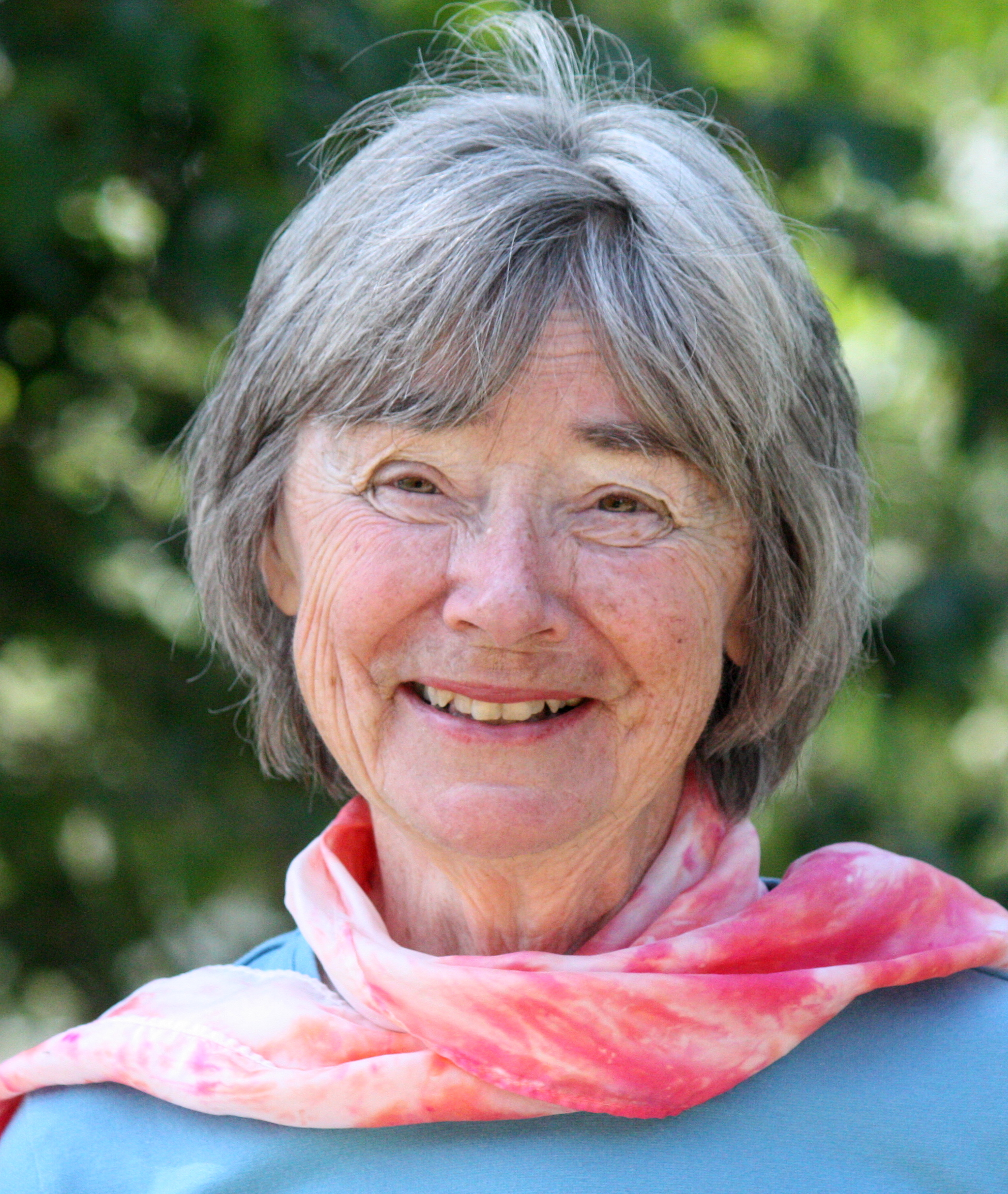 Joan was a volunteer in the Iran TEFL program from 1964 — 1966. She taught English in the middle and high schools of Rasht and then Lahijan, living with an Iranian family. After returning to the United States she took her doctorate in history from the University of Michigan in 1978 and taught humanities and history at a community college near Ann Arbor, where she met her husband. Joan retired in 1996 and has published several books.  Currently she serves on a nonprofit board focused on adult literacy.  For exercise, she shovels manure at her daughter’s horse farm 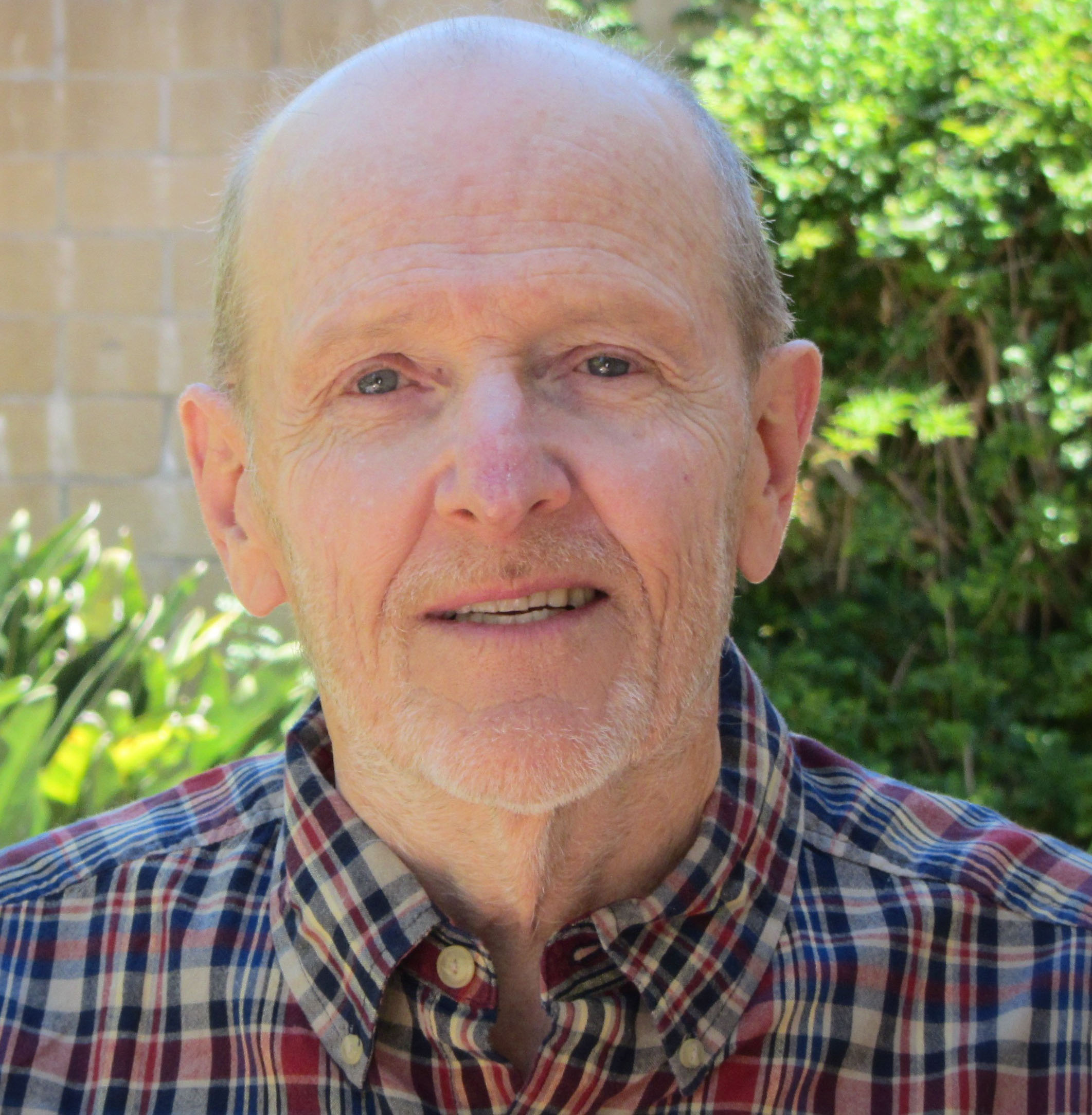 Jim served in Tuyserkan, 1968-1971, as a TEFLer. He worked with in-country summer training programs in 1969 and 1971, and met his future wife, Virginia, during that second program. Following PC service, he taught history and English at Alam High School, Mashhad, 1971-1973. After five years teaching in Australia, where their two sons were born, he returned to the US to complete a PhD in the history of American foreign relations. He taught for thirty-two years at Grand Valley State University, Grand Rapids, Michigan, where he led a successful effort to create a Middle East Studies program. He has taught courses on Iran, Islam and the Middle East. Jim retired in 2018, and he and Virginia, now live in San Luis Obispo, California.