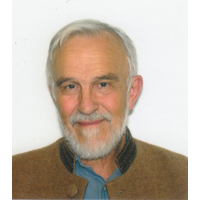 Commentaries by Paul Barker and John Limbert lead off this issue with links to current events on the web.

Anti-government Protests in Iran have continued for a third month.  The determination of protesters is proving resilient against government crackdowns.  Regime efforts to impose standards of female modesty through dress codes have been met by protesters with a new sport: turban tossing, in which protesters knock to the ground the turbans of mullahs and akhonds before sprinting off to safety in crowded streets while a friend captures the incident on video and posts it to the internet.